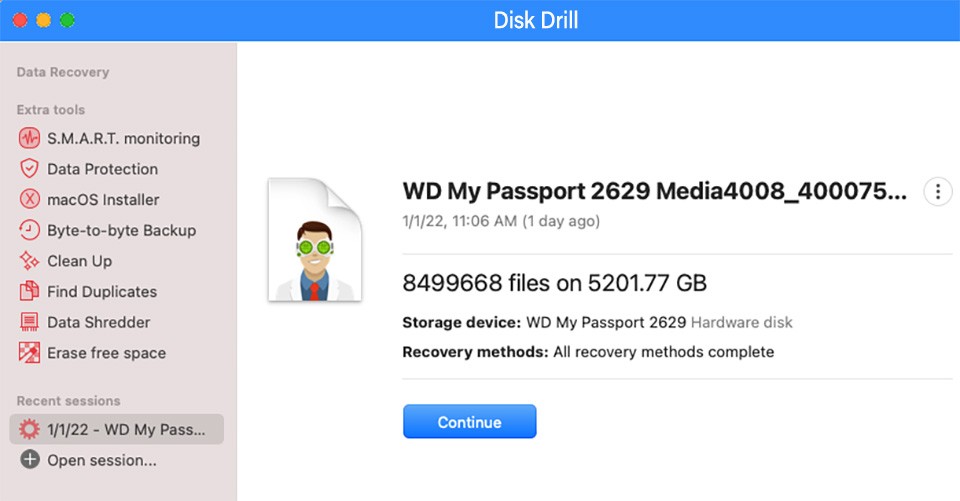 A couple of months ago, I wrote a column referring to the multiple backup drives on my desk, in addition to the off-site backup I utilize. I mentioned that I keep several drives to back up the computer (and each other), so I won’t lose crucial files in the event of a drive failure. Drive failures are not only a possibility but are likely. A few years ago, a hard drive manufacturer informed me that the average life of a drive was less than three years, so it’s essential to plan for drive failure.

During the last week of 2021, two of my backup drives failed within a day of each other. Coincidence? Possibly. Perhaps there was a power surge or something along the network that caused the drives to quit working, but whatever the case, they were dead.

I tried several utilities to revive the drives but found only one that worked well for me. It’s called Disk Drill, from 508 Software (cleverfiles.com). I paid $89, which included a pro version for both Mac and Windows.

With Disk Drill, I gathered most of the files from the biggest backup drive (4 TB of information) and copied them to another (new) drive. It took about 48 hours for Disk Drill to do its work, then another six hours for me to go through the files and copy them to another drive. Because this was my second oldest backup drive, there were files on it that hadn’t been backed up to other drives, and I couldn’t afford to lose them.

I learned a couple of lessons. One was to make sure everything was backed up in at least three places. I thought I was doing that but learned some of the files pre-dated the backup routines I had set up. The second lesson was to be sure the off-site backup (I use Backblaze) is backing up not just the hard drive and network but the external backup drives as well.

I purchased two new drives. I spent a little extra and purchased solid-state (SSD) drives this time. They have a much longer lifespan than traditional USB drives and are less prone to break due to movement, shaking, etc. One is a 5-terabyte drive and the other a 2-terabyte drive. The larger drive backs up everything on both the computer and other external drives, while the 2-terabyte drive is used exclusively for Apple Time Machine, which backs up everything on my computer every few hours.

It wasn’t an inexpensive lesson, but one well worth learning.

Kevin Slimp is former director of The University of Tennessee Newspaper Institute and founder of NewspaperAcademy.com.