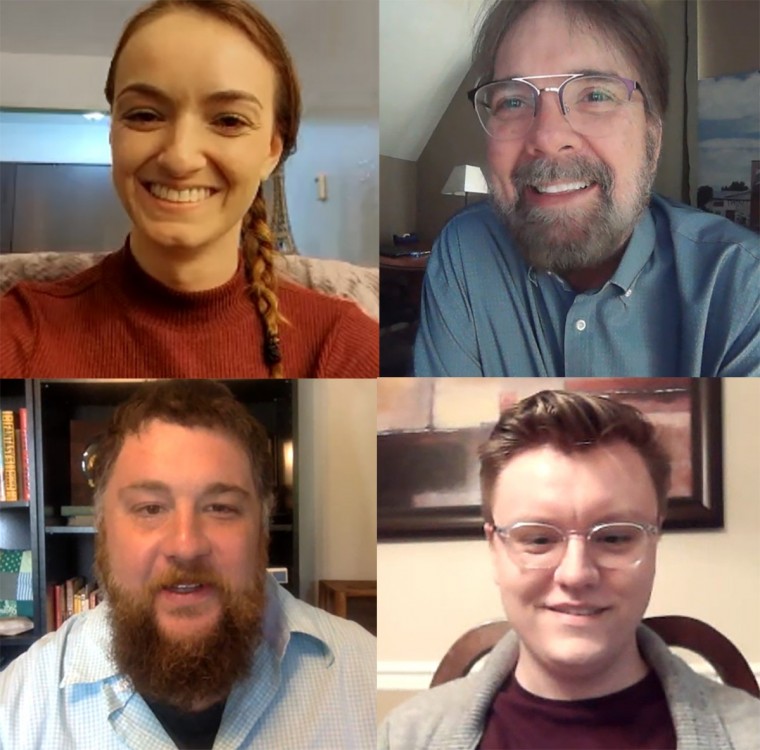 Newspapers remain a vital component of a healthy community

In my previous column, I mentioned that there seem to be a lot of positive feelings in the community newspaper industry right now. Four weeks has passed since I wrote that column, and I’m even more convinced that good things are happening at many of our papers.

Just before sitting down to write this column, I interviewed a new graduate of the University of Tennessee School of Journalism for a collegiate journalism conference I’ll be speaking at this coming Friday. Two years ago, he came by to see me to tell me he changed his major from computer engineering to photojournalism. Recently, he landed a dream job as a journalist, his future is bright, and I asked if he was glad to have changed majors. He visibly rose from his seat with enthusiasm as he answered, “Oh, yes. I am so glad. There’s no looking back!”

Like a lot of folks, I’ve been living and working out of my home for the past 15 months and I was excited to have lunch with Dale Gentry, publisher of the Jefferson City, Tennessee newspaper last week. It was my first in-person business meeting since March 2020. His official reason for asking me to lunch was to discuss plans for a redesign at his newspaper. As we visited, I was able to ask about his paper and was glad to learn that things are going quite well at the Standard-Banner. Dale was very enthusiastic about the future and is looking forward to the energy created during a redesign.

The reason I’m writing this column in the middle of the night (It’s 11 p.m. on Sunday night), is because there is such a demand for training right now from newspapers. My normal workday begins around 9 a.m. and ends around 2 a.m. The requests aren’t for any specific area of training. It just seems like publishers are looking forward to a return to “normal,” and are ready to invest in improving their products.

You may have read some of the columns I’ve written about Affinity Publisher, the software that’s poised to give Adobe InDesign a run for its money. Those of you that know me know that I’m an Adobe guy. I’m not going to be tossing out InDesign and Photoshop anytime soon. But after leading several Affinity training sessions over the past six months, I’m convinced Affinity will eventually own a big chunk of the newspaper software market. Just this past week, I taught three half-day classes for a national newspaper group.

I’ve received requests from community papers and groups across the U.S., wanting to know when they can be trained to use the software. Some are even asking for help creating new templates in Affinity Publisher.

My guess is the primary reason Serif, Inc. (Maker of Affinity) isn’t making a bigger push in the U.S. newspaper market is because they are having so much success in Europe. I’m quite certain we’ll be hearing a lot more from the folks at Serif in the not-too-distant future.

Tomorrow morning I’ll be interviewing Joey Young, the young publisher who has gained quite a bit of national attention for the work he’s doing in Kansas. I remember like it was yesterday, Joey sheepishly walked up to me at a newspaper convention in Des Moines and asked my advice about starting a new community paper in his hometown. That was about eight years ago, give or take a year. He told me he knew he could start a successful paper.

The last time I counted, Joey had four publications in Kansas. Every time I visit with Joey, I come away even more enthusiastic about the future of community newspapers.

renowned journalism educator that there would still be newspapers standing after 2018. I knew then that newspapers weren’t going away anytime soon, and I’m more confident than I have been in years about the future of community papers. (I still want to get t-shirts printed that say, “Kevin was right!”

Well, what do you know? I made it to 800 words before midnight. I’m never at a loss for positive things to say about the community newspaper industry. I’m proud to be associated with this family. Let me suggest, as we move back to a period of “normalcy,” you take a look at your newspaper to see what can be done to create a stronger product, draw more readers and attract more advertisers. What we do is incredibly important, and this is the time to let our communities know that we did, indeed, make it past 2018. Let your readers know you’re making plans for a future in which the local paper remains a vital component of a healthy community.

If anyone wants to make a bet, I’m betting most of us will still be around in 2028.