Reasons to Bet on Print 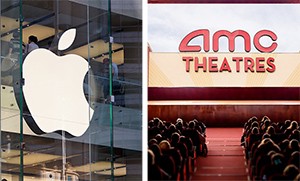 Before you begin reading this column, please answer this question: “Are you sitting down?”

If not, take a moment and find a seat. I’ll wait. Okay, thanks.

I wanted to be sure you were sitting when you read these words: “I honestly believe it’s a great time to be in the print business.”

I’m not blowing smoke. I have no reason to lie to you. My non-newspaper businesses are doing quite well right now, and I have no reason to purposely give you bad information. I’m not looking to sell anything to you. I’m just letting you know, from what I’m seeing and have seen over the past few weeks, it looks like a great time to be in the print game.

Yes, I heard. If you’re in the U.S., your postal rates are going up. And I know you probably read somewhere that all the advertising dollars are going to digital media. However, humor me for a moment.

My columns are carried by industry-related publications on several continents. One of my favorites is GXPress (gxpress.net), which – according to its tagline – covers the news business “in Southeast Asia, India, Australasia and the world.” You’ve got to love a good tagline.

GXPress carried a column by Ulbe Jelluma in its May 31, 2021 issue. I wasn’t familiar with Ulbe, but after a little digging I came to realize he speaks at a lot of media conferences in Europe. This quote from Ulbe’s column caught my attention right away:

“The World Advertising Research Centre Global Ad Trends study shows the evolution of advertising spend and reveals the predicted spend on digital media advertising in 2021 to be up by more than ten per cent, and traditional print media 12-14 percent.”

That’s good news. Unless you were in a tossup state during last year’s U.S. election, it seems like ad revenue has no place to go but up. Still, there’s no way a 12-14 percent increase in print advertising revenue is anything but positive.

Ulbe also went on to write:

“It’s not just about what the advertisers want. An ad’s success depends on the desires of the audience too. WARC points to survey data from the Global Web Index (GWI) in the UK and the US that shows younger audiences want to connect with advertising on an emotional level. As a sensory marketing tool, print trumps digital. Its tangibility and haptics give it the power to entertain, move, appeal to the senses, provoke a response and ultimately connect to a brand.”

Don’t get me wrong. I’m not basing my entire hypothesis on one column in GXPress. However, it does provide compelling evidence that I’m not the only “expert” on this planet who believes print is making a comeback. True, I might have had to look to Southeast Asia, India, Australasia and Europe to find another believer, but there are plenty to be found.

What makes me believe print has a bright future? It’s simple, actually. I open my eyes.

When the world said Apple was doomed in 1999, I purchased 150 shares of Apple stock for $7 a share. Yes, $7 a share. On January 2 of this year, I was talking with my kids about predicting which stocks will do well, then purchased 100 shares of AMC stock, thinking movie theaters would surely rebound after the pandemic. A few weeks later, I sold the stock for almost ten times what I paid for it.

This column isn’t about picking stocks, or my supposed prowess as a trader. I’m simply saying that when we open our eyes and look to see what’s really happening, the truth doesn’t always jive with what we’re hearing around us.

I’ve noticed some real positives related to print lately. Let me share one.

One of my businesses publishes books in the religion genre. We represent several best-selling theologians and will produce more than 30 titles this year. Just before the pandemic began, our sales had increased significantly in a short amount of time. Over the past few weeks, I’m noticing a significant increase is taking place again.

Authors, hearing voices from the same sources as the rest of us, always want to know if their books will be available in Kindle (digital) versions, and the answer is always yes. When I tell them that less than 5 percent of sales will come from digital books, they think I must be crazy, or at least, uninformed. To them, the whole world is reading digital books.

The funny thing is, when you remove romance novels from the equation, very few books, relatively, are sold on digital platforms. Well over 90 percent of books are sold in print format. For our company, it’s more like 96 percent. We’re seeing a downturn in digital sales each year, as compared to the year before. And it’s not just us.

My daughter is at the age where she, along with several of her friends, are getting married. I’ve noticed I haven’t received a single digital invitation. I have, however, noticed a growing pile of printed invitations on my living room coffee table. Just yesterday, I paid $400 to a printer for invitations to her August wedding.

What does all this have to do with newspapers? Everything.

If you believe print is outdated, passe, outmoded (yes, I used my thesaurus for that one), then go ahead and think that. My friends thought I was crazy to buy Apple stock in 1999. My kids thought it was funny that I purchased AMC stock earlier this year. And now? I’m betting on newspapers. In a year or two, we can look back and see how my prediction turned out.