Affinity Publisher: Is it ready for prime time? 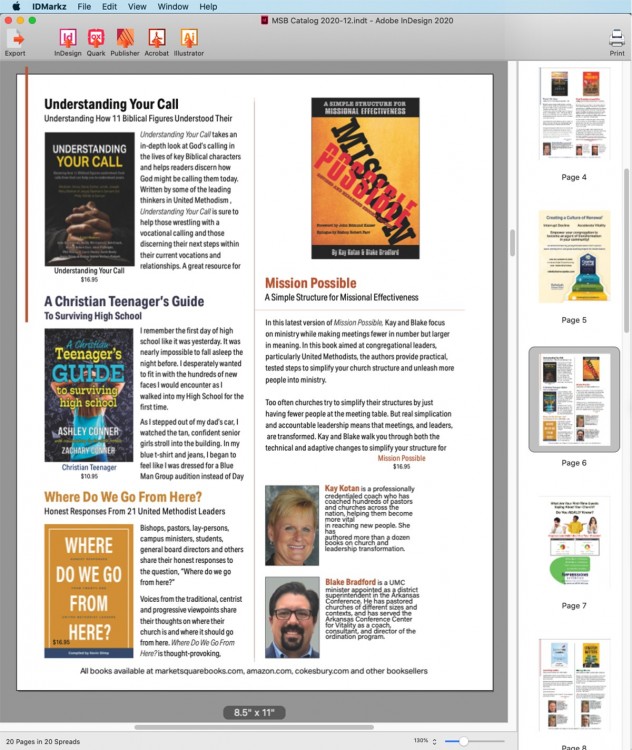 A few years back, I received an email from Nebraska publisher Rob Dump about a design application he’d read about named Affinity Publisher. He asked if I thought he might be able to replace InDesign, thus saving the monthly subscription fee to Adobe. A few days later, I received the same question from another newspaper publisher. These requests prompted me to contact Serif Ltd. in West Bridgeford, Britain to find out just what was up with their line of “Affinity” graphics software products.

The folks at Serif were very helpful and sent me a registered copy of their software so I could see what Affinity Publisher, Photo, and Designer are all about. I quickly realized that, while it’s enticing to get away from monthly subscription fees for software, Affinity Publisher just wasn’t ready for prime time.

I continued to visit with the folks at Affinity and took another look at Publisher earlier this year. Some readers might remember a column I wrote in January titled, “Affinity Publisher and IDMarkz: One thumbs up, and one thumb sideways.”

The big issue with Affinity Publisher has always been the integration of PDF files. By creating a “pass-through” option in their 2020 beta version, they went a long way toward fixing that problem and I had some good online conversations with Affinity folks about what I thought might be causing the remaining issues. In their just-released latest beta, it seems like they just about have the PDF issue handled. I did find some “quirks,” but PDF handling in the latest beta version looks very promising.

I could write chapters about Affinity software, but I’d like to get straight to the point in this column (although I might have to go over my 800-word limit to do it). The pros outnumber the cons when taking a close look at Affinity Publisher, but it’s still important to know what they are.

So, you ask, after two years of testing Affinity Publisher, Photo, and Designer, what do I think? Honestly, I think they’re great. However, I wouldn’t get rid of my Adobe applications just yet.

However, I also realize that my biggest expense is paying people. For me, printing comes next. Monthly software fees are pretty far down the list.

To me, it looks like Affinity is close. Close to being something most publishers can use to get their products designed. However, I’m not quite ready to convert everything to Affinity Publisher quite yet. We’d still have to use InDesign for merging data with Microsoft Excel (something we do a lot). We’d still save a lot of time using the InDesign scripts for complex processes, scripts that aren’t available yet in Affinity Publisher.

There are several other reasons I’m not going to make wholesale changes to Affinity Publisher just yet, but I will offer some advice. Affinity Publisher sells for $50 U.S. That’s a one-time fee. Go ahead and order a copy at https://affinity.serif.com/en-us/publisher. When you have it, go online and download the free beta for registered users.

I would suggest you begin creating some ads in Affinity Publisher and get a feel for the application. Place some PDF files yourself and see how Affinity Publisher handles them. Pay close attention to the fonts in PDFs. We don’t want any surprises when we begin using it.

Years ago, I worked on the K2 (the name for InDesign before it went to market) with Adobe for two years before it was available to the public. I worked on Acrobat (PDF files) for a year before printing the first newspaper ad in 1994. I used to work with lots of software companies to make their products work the way we need them to in our business.

My suggestion … check it out. What can it hurt? Be sure to write to me and let me know what you learn.