Convert to Pagination With InDesign the Easy Way 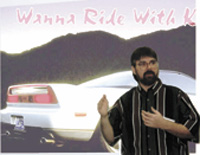 Before Adobe introduced InDesign 1.0 to the public, Kevin Slimp served as a beta tester for the application. Within weeks of InDesign's release, Kevin was leading a training event with 100 newspaper designers ready to move to the new layout program. Today, InDesign is hailed by publications including MacAddict, MacWorld and others as the king of page layout. Newspapers are moving from Quark and PageMaker to InDesign at a rapid pace. To make the transition smooth and painless, Kevin Slimp is available to train large groups and individual newspaper staffs on page layout with Adobe InDesign. For more information, contact Kevin at:training@kevinslimp.com