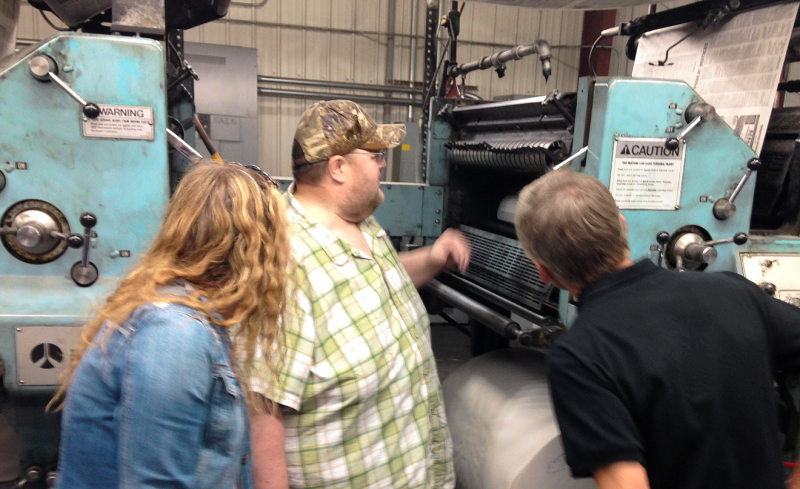 If a person hangs around long enough, he's bound to get noticed. That's my theory anyway.

When asked why I receive so many requests for help from newspapers, I simply mark it down to longevity. I've been around the business long enough for most publishers, and others, to know me.

On Tuesday of last week, I received requests to visit five newspapers in four states. For some, the most pressing need is training. A few seek advice concerning the overall structure of their operations. Still others are hoping I can find the solution to problems which have plagued their newspapers for too long.

Ten or 15 years ago, I would worry a bit before boarding on a plane to make a consulting visit. Concerned there might be bigger problems than I could solve, it was always a relief to eventually get on the flight back home.

Those days are past. I don't stress or worry about upcoming trips. One reason is there's simply no time for worry while visiting two or three papers each week. A more likely explanation is there's not much I haven't seen after 20 years of consulting, so issues that might be huge in the eyes of a client often have simple solutions when seen through the eyes of experience.

Here are some of the most common questions I'm asked while on-site at newspapers:

Question 1: Is there a better way to produce my newspaper?

The topic of production comes up a lot during my visits. This particular question is one of the most difficult, because there's almost always someone who doesn't like my answer.

Ponder this: How often do you visit some type of business and think, "There's got to be a better way?" If you're like most, the answer would be, "That happens a lot."

That's what makes this a difficult question. It's not that I don't know the answer. Usually, within just a few minutes I've noticed several potential improvements to the workflow. It's natural for people to resist change. So I tread this question gently, hoping to gain the trust of most everyone on staff before sharing my thoughts.

For instance, most people enjoy designing pages. The truth, however, is it's important to have good designers working on pages and good writers writing stories. Sure, photographers sometimes like having total control of their photos, but there's often someone on staff who is particularly skilled at color editing, leaving the photographer more time for what they do best, shooting photos.

As an adviser, I use experience to guide me in knowing when to advise changes, and when to realize, for the time being, things might work better as they are.

Question 2: Why are we having so many problems with ads clogging up the system or printing incorrectly?

Most don't realize their trouble is coming from PDF files. A pressman might ask, "Whey do files coming from advertising cause errors when going through the RIP (raster image processor)?

A publisher might ask, "Why are we losing so much money because ads aren't printing right in our paper?"

A page designer might ask, "Why are quotation marks turning to strange symbols?" or "Why are boxes appearing on the page where letters should be?"

As much as the good folks at Adobe want you to believe otherwise, the answer is almost always found in the method used to create the PDF files.

One of the most common messages I receive after visiting a client is, "We've already covered your cost in savings from ads printing correctly."

It's not rocket science. Ensuring those PDF files are error-free before sending them to the RIP will make everyone sleep better.

Question 3: Will we increase profits and produce better papers by centralizing production?

When approached with the idea of moving the productions of multiple newspapers to a central office, I've found it wise to do more listening than talking.

Most clients are already hoping I will say, "Yes, that's a good idea," before I arrive.

I figure, however, they're paying me good money and want objective answers, rather than having me placate their egos - improving my chances of being invited back.

Sometimes the answer is "yes." If they own three papers in one county with a total circulation of 1,600, it probably doesn't take three full-time design staffs to lay out the pages.

However, often the answer is "not so fast."

Research indicates often the best way to produce long-term growth is improving the quality of the products. Moving to a central production facility often has more to do with reaching short-term cost reduction goals than achieving long-term growth.

As often as not, when faced with this question, I will have serious discussion a publisher, CEO or other manager, resulting in a decision to use current resources to improve the quality and profits of their newspapers, rather than cutting to grow, which rarely works in the long run.

I could write a column titled, "The 100 most often asked questions during on-site visits," but the editor of this publication might not be pleased with such a topic. So, for now, let's stick with these three.