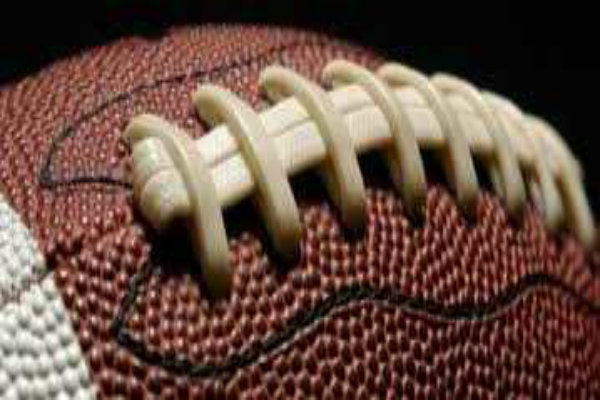 Imagine with me, if you will.

It's January 2020. NFL football has been making record profits, primarily due to product licensing and TV contracts, year after year.

After leading his company to absurd profits by monopolizing prison management in just two years, the CEO of BestPrisonsAmerica makes his move to a new industry, as CEOs often do, to lead a large national corporation with its eyes on professional football.

His first maneuver is to oversee the purchase of the Carolina Panthers, a move that surprises even the most acute sport fans and analysts. Carolina has shown some success over the previous years, but doesn't demand the national attention a team in New York or Los Angeles might.

During a press conference being held at the Ritz-Carlton Hotel on Trade Street in Charlotte to announce the new team ownership, the CEO assures fans that no major changes are planned in the successful program. They will continue to enjoy the prosperity they have come to expect. Even more, by synergizing resources, the Panthers can expect even greater success in the future.

Hands rise in a flurry, as reporters vie to ask the first question. The coveted prize goes to the sports editor of USASmartWatch.

"Can you explain to NFL fans, especially Charlotte fans in particular, how running prisons has prepared you to run a professional sports franchise.

The savy CEO sounds like a college professor as he explains to the editor, obviously uneducated in corporate management, that running a successful professional football team isn't so different from managing prisons. The key is synergy, centralizing resouces and focusing on elements key to creating a winning football team.

Three months later, just before pre-season workouts are scheduled to begin, the lead story on ESPN.com explains the shocking move in Charotte. The 53-man roster of the team has been cut to 28 players.

"Only 11 players can play at any given time," explained the corporate director of communications. "By focusing our energy and resources on getting the best 28 players on the sideline, we can create a better product for the Charlotte football fan and higher profits for the organization."

As the season progresses, injuries and frustration mounts. Players and coaches alike see their team falling apart. The coaching staff, which has been cut in half, attempts to keep a competitive team on the field with limited resources.

By Thanksgiving, the season is as good as over for the Panthers. The stands, normally filled to capacity, are less than half full. There are still players on the field, cheerleaders - albeit half as many - on the sidelines and television revenue pouring in.

At the year-end stockholders meeting, the CEO proudly announces record profits for the Charlotte Panthers. With a significantly reduced player payroll, fewer coaches and a "frills-free" experience in the stands - coupled with the guaranteed NFL TV contract, the sky is the limit as far as profitability is concerned.

As 2021 begins, the CEO makes a startling announcement. With record profits as a result of "synergizing" resources, his company has just purchased the New Orleans Saints and Indianapolis Colts. The courts can deal with antitrust issues, and with its growing influence over professional sports, the team can deal with objections from other NFL owners out of the public limelight. No major changes are expected among the players or coaching staffs. By synergizing resources among the three different teams, fans can expect even greater results in the upcoming season. No one is quite sure what that means.

In February, the CEO makes another startling announcement. Since Charlotte and New Orleans are both in the corporation's "Southern Region," they will share assistant coaches. By moving quarterback and defensive line coaches from city to city on a rotating basis through the week, players will still receive the training they need to get ready for their upcoming games. By centralizing coaches in this manner, more resources will be available to develop new strategies, including a secret plan to eventually break away from the NFL TV contract to create their own digital NFL network. After all, they surmized, young sports fans don't watch TV anymore.

"If it's not on their smart watches," the corporation's director of technology loves to say, "they don't see it."

The 2021 season proves disastrous for all three teams, as far as attendance and wins are concerned. However, the ownership sees record profits, as the NFL TV contract remains for two more seasons and licensing agreements still bring in the cash, partly due to rising merchandise pricing.

At the 2021 year-end stockholders meeting, the CEO accepts his $30 million bonus after reporting soaring profits and announces the company's plan to purchase six more NFL teams.

By further reducing rosters, rotating coaches among cities, and doing away aging, i.e. more expensive, head coaches altogether, combined with continued revenue from television and licensing, profits for the coming year will once again be at an all-time high.

He also announces a revolutionary new plan to invest even less financial resources in player and coaches salaries, and to lobby the league to increase the number of times balls can be used from one game to three. After all, balls don't go bad after one game. "They just need more air."

"It's not all about cutting," the CEO adds. "We'll soon be announcing plans to mobilize our fantasy football strategy to take advantage of the huge market of 20 to 40 year olds who participate in that forum."

As the 2022 season nears an end, stadiums are near empty in the nine cities owned by the corporation. None of the teams have winning records or will make the playoffs.

"Due to reduced interest in football by young people," as corporate press releases remind fans, the Charlotte franchise is seeing some issues. An empty stadium, combined with almost no revenue from licensing agreements as former fans stop buying team merchandise, forces the corporation to come to terms with shrinking demand for its product. As talks begin with TV networks about the next contract, the future of the Charlotte Panthers is not promising.

Other teams are also beginning to suffer. As quality of play deteriorates with each season and revenues begin to plummet, they scramble for survival.

In January 2023, the fast-talking CEO announces his latest brainstorm. His corporation is making a bid to purchase the remaining teams in the NFC, one of two conferences that make up the NFL. "Taking advantage of our industry-wide synergy, we will move players from city to city each week, as their resources are needed. We will have four head coaches, one in each of our geographical regions. And we will continue to benefit from the final year of our TV contract while we create new digital strategies to reach the young fans of the future."

By 2025, the NFL TV contract is a shell of what it once was. Stands are near empty throughout the NFC. The AFC, the other conference in the league, suffers from the fallout as a result of the changes that have taken place.

After five years of record corporate profits, followed by a disastrous 2025, the CEO announces he is leaving football. After receiving bonuses totalling more than $200 million over the previous six years, it's time, he tells reporters, to move on to more lucrative ventures.

"Young fans just don't care for traditional football anymore," he said in his final press conference. "We did great things for football while we could. Perhaps our greatest achievement has been moving football from the field to the watch, where artificial intelligence gaming is the wave of the future."

In 2035, as the CEO is enjoying his lavish retirement after overseeing the destruction of three more companies over ten years, a young father sits by his son's bedside.

"What is football?" asked the boy.

"It was a game played a long time ago," answered the father.

"What happened to it?"

"I'm not really sure. It was really popular when your grandfather was growing up, but by the time I was a teenager, I remember everyone saying football was dead."