Common Traits: What successful newspapers have in common 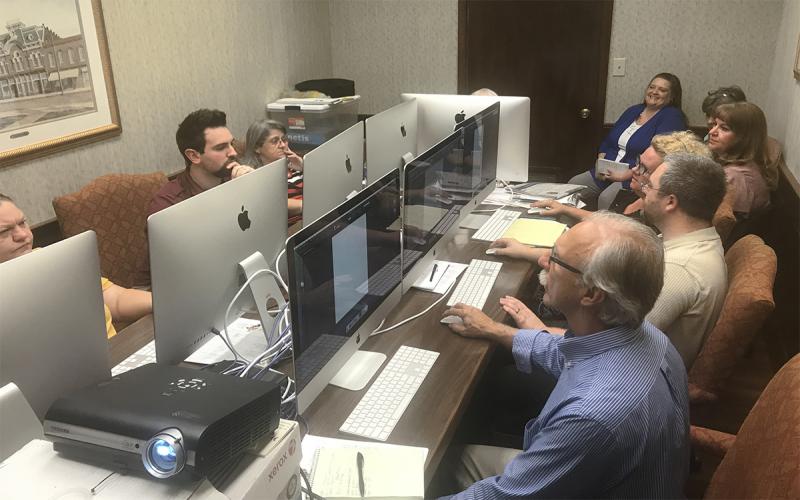 I really didn't expect to do much traveling this summer but plans don't always work out as expected and that certainly has been the case for me. The truth is I really love working with newspapers and when I get a call from a paper within a few hours asking for help it's hard for me to say "no."

Thus was the case when I left my lonely writer's nook and made the 70-mile drive to Cleveland, Tennessee five days ago.

The assignment was simple: The daily newspaper in Cleveland was upgrading all their hardware, software and editorial systems for shiny new, albeit unfamiliar, toys.

My two-day charge turned into a three-day mission when I was asked to return on Monday to help oversee the first day producing a paper with the new system. Fortunately, I wasn't on my own. Don Foy, technology specialist at Walls Newspapers, was on hand to make sure the paper went out as close to deadline as possible.

In two of my previous columns, I've mentioned other newspapers I've visited recently, and I can't help but notice a trend. Every paper I've visited over the past few months seems to be doing well.

It's not because of me. They were all doing well before I came along. Some of these papers were weeklies, some dailies, and a couple of others were somewhere in-between.

I took a few extra days to write this column because I wanted to finish the job in Cleveland and share some observations I've gleaned during my recent newspaper visits.

I've made the decision to focus on the positive today. The following are some of the common practices I've noticed during my recent visits to successful newspaper operations:

1. Successful newspapers have publishers who are engaged. Someone asked me last week what a newspaper publisher does. My answer was simple, "Anything from nothing to everything."

Two months ago, I received a message from a young, new publisher. Her question, "What does a publisher actually do?" made me chuckle.

I jokingly answered, "Work on your golf game."

2. Successful newspapers have staffs that are happy. In every paper I've visited over the past few months, it was obvious the staffs loved their work.

In Cleveland, I listened as staff members cheerfully explained how much they appreciate working at the newspaper. Some had worked at other papers who weren't as appreciative of their efforts.

It's been my experience that happy workers are harder workers. Let's face it, I put in long hours because I love what I do. You may do the same, or you may do as little as possible because you hate your job. Successful newspapers have staffs who are happy.

3. Successful newspapers plan for growth. None of the papers I've visited this year have been cutting staff, reducing print cycles or moaning about impending death. They expect to be healthy because they are used to being healthy, and plan accordingly.

4. Successful newspapers don't believe all the hype. When I visit dying papers (whether they realize they are dying or not), there always seems to be a lot of talk about what others are saying about the eventual death of newspapers. They've read it all, from metro CEOs to digital experts, concerning the death of print.

Maybe successful papers are just too ignorant to know better, but they don't believe they are dying and they act as if they are going to be around for a long time.

As a young college student, I remember studying a popular theory in sociology called "the looking glass-self theory." Basically, the theory states that people become what they think they will become. Therefore, happiness and success are largely based on the perceptions we have about ourselves.

I was recently "cornered" at a newspaper convention by a group of managers from a national newspaper group. Their basic premise was, "You have no idea what you're talking about. Print is dead. Newspapers are dying."

As I walked away from the group, I was convinced their papers will achieve just what they are predicting, and from what I see, that is the case.

Successful newspapers believe they are, and will continue to be, successful. They don't believe all the hype.

I know that some will read this column and say, "What an idiot. He's dreaming."

That's their prerogative. I've been hearing that for at least 10 years.

But I'll leave you with this. I've visited a lot of newspapers, probably thousands, over 25 years. And it only takes a few minutes after entering a newspaper office to get a good idea of what the future holds for that paper.

I'm sincerely thankful these papers asked me to visit them this summer. This writer's nook can get a little lonely sometimes.