Making Things Right: Doing the little (and big) things right is the key to success 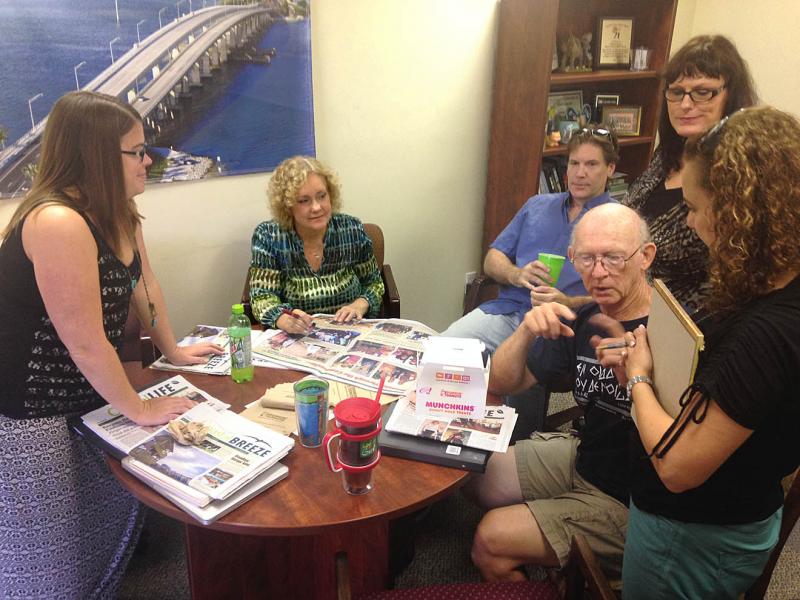 The past four weeks have been a blur. I remember driving along a beach in Florida, using a snow shovel for the first time during a blizzard in Minnesota, eating pizza with old friends in Des Moines and standing in front of audiences in both Rochester and Saratoga Springs, New York.

As blurry as the weeks seem, there are several moments that were memorable. At one newspaper in Florida, the plan changed from leading classes to gathering the entire staff together for several hours of brainstorming, changing the editorial and design workflow in the process.

While at the offices of Coastal Breeze News in Marco Island, Florida, I had the chance to meet Gary Elliot. Gary has been everything from president of the Chamber of Commerce to board member of the island's realtors' association. Val Simon, publisher, invited local writers and advertisers to stop by and meet me while I was at the newspaper, and Gary took her up on the offer.

As we visited, Gary took the opportunity to share why Coastal Breeze News is so popular in a town with three newspapers.

"People want local news," Gary told me. "The big daily doesn't carry local news like the [Coastal] Breeze. People who live here pick up this paper, see the faces of the writers and say, 'I know him' or 'I know her.' It makes a real difference. That's why people love this newspaper, and that's why advertisers want their ads in this paper."

The following week, I found myself in Des Moines, Iowa, speaking at one of my favorite conferences. Imagine my surprise as the group kept growing to the point where we had to add seats. We even had a full house for the early Saturday session.

What seemed to interest attendees the most? Improving the quality of their papers. I didn't hear any talk of reducing staff sizes or cutting costs.

Do you want to increase readers, advertisers and profitability? The first and most important step is improving quality.

The year 2015 was the "year of blizzards" in my life, but I dodged the weather bullet in 2016 ... or so I thought. In Kasson, Minnesota, my next stop after Des Moines, I woke up to find my car buried under a mound of snow.

We almost cancelled the trip due to the approaching weather. We agreed at the last moment I would board the flight in Knoxville and head to Minnesota, arriving just before the storm.

We spent three days running press tests, holding classes and discussing workflow. I love it when a staff wants to learn. The group in Kasson asked me to stay late each day so we could look at their individual workstations, find solutions to technical problems and discuss hardware upgrades and improvements.

Imagine my thrill a week later, when I heard from one of my new Kasson friends.

"Everyone is singing your praises," she began. Apparently the press called to report the printing quality of their newspaper had improved drastically.

"They said the pictures are crisp, the dot gain is perfect and the color settings are right on target."

Finally, there was The Empire State. I made stops in New York to speak at two newspaper conferences over the past eight days.

In Rochester, I spoke to the entire group about my latest research. Afterwards, one publisher after another stopped me to tell me how the research mirrors what is happening at their own papers. The key, most everyone seems to agree, is improving, not cutting.

A few days later, in Saratoga Springs, I led eight classes for editors, designers and others. Between each class, I found publishers waiting in the lobby, wanting to ask my advice about where they should take their papers. Some were from tiny papers. Some owned large groups.

In my travels, I was also able to meet with an industry executive from a major group in Europe and a newspaper industry leader in Canada. Both talked to me about the danger of ever-growing groups of national corporations buying their papers and stripping them down.