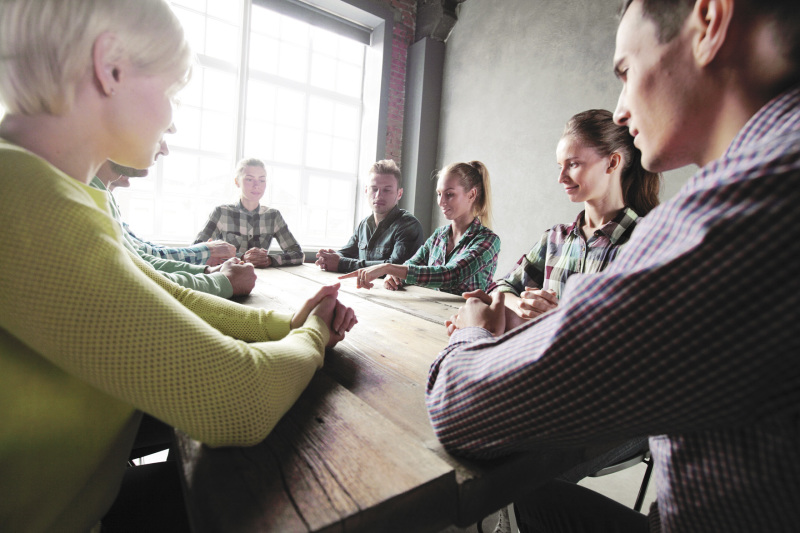 Focus groups can change the way you create your newspaper

I guess it comes with experience (that sounds better than "age"). In the "old days" when I visited a newspaper, it was almost always related hardware, software or some other type of technology. These days, it might be just about anything.

Such was the case in September as I traveled to West Tennessee to work with a few newspapers in the area. After a five-hour drive from my home in Knoxville, I visited with Joe Hurd, publisher of the Savannah Courier over lunch.

A former Air Force commander, Joe knows how to get things done, and he's never shy about asking for advice or assistance when it is warranted. Over lunch he explained he had two primary tasks for me over the next five hours.

First, he wanted me to meet with his advertising staff and discuss ways to bring in new advertisers and increase sales at their newspaper. We discussed time management, techniques for approaching potential advertisers and more. We even discussed a couple of ideas I have seen work well at other community papers outside their geographic area.

The second task was to meet with his circulation staff and discuss ways to increase circulation. The conversation was lively, and we seemed to come up with a few new ideas worth pursuing. Toward the end of the discussion, I made a suggestion that doesn't take a lot of effort, but usually garners great rewards: creating focus groups made up of readers and non-readers to look over their products and suggest possible improvements.

Focus groups work best when you have two or three teams. These teams might have as few as three or as many as five members each.

How do I usually find volunteers to serve in a focus group? I offer a free lunch or dinner in exchange for help in critiquing my newspaper. By publicizing the need for volunteers well in advance, it is usually possible to get a sufficient number of group members. I've enlisted the help of schools, churches, readers and others to make sure there are enough volunteers.

After dividing everyone into teams, I generally give each team an identical newspaper and ask members to discuss questions from a handout with their fellow team members. One member records their responses, which I collect afterwards.

This process should be repeated several times, so that each team has looked at several issues of your newspaper or, if you produce several titles, at least one issue of each publication. Each time, you should give the teams new worksheets to complete.

When I mention focus groups while speaking at a conference, I almost always receive a number of emails afterwards from folks asking what types of questions to ask. My advice: Be creative. You've got free help. Make the best use of their time to gather as much information as possible. Here are a few questions to get you started, but don't limit yourself to these:

1.Does the overall look of the front page initially make you want to read this newspaper or set it down?

2.Is the body text easy to read? Is it too big or too small? Does the size of the text make you more or less likely to read this newspaper?

3.Are there too few, too many or just the right amount of local stories in this newspaper?

4. What are some things about this newspaper that you especially like and make you want to read it?

5. What are some things about this newspaper that you especially dislike and make you less inclined to read it in the future?

6.In your opinion, what are the most important things you look for in a newspaper? Do this newspaper do a good or bad job of featuring these?

Work with your staff to develop questionnaires that cover every topic they feel might be helpful to learn about from a focus group. Generally, my questionnaires are one to two pages each.

How often should you gather focus groups? That's up to you, but I would recommend no less than annually.

There are a lot of ways you could spend time and money trying to determine ways to improve your newspaper. Allow me to suggest that your best first move might be to create focus groups.