Advice for a newspaper industry at crossroads 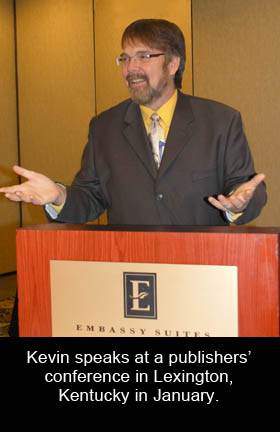 I’ve had an interesting couple of weeks.

For the first time, I was invited to speak at the Michigan Press Association’s convention in Grand Rapids. I never know what to expect when I’m with a new group.

Will the group be somber and quiet or will the attendees be lively and responsive?

My worries were relieved after just a few minutes. Publishers who arrived early waited to tell me how excited they were to hear what I had to say about our industry’s future. Others came by while I was setting up to tell me how much they enjoy reading my columns.

With ample ego strokes, I presented two topics on Friday, related to online revenue and customer service, then went on to set up for a morning keynote on Saturday.

The president of the association came by to say “hi” and to let me know I shouldn’t be disappointed in the turnout. “It’s always a light crowd on Saturday morning,” he said.

“No problem,” I responded, “I never expect a crowd on Saturday morning at 8:00.”

The room was substantial and had seats arranged in eight or ten rows, maybe 20 to 25 chairs in a row. It was a wide room, but not very deep. I figured maybe 30 people would show up and I’d speak in front of an empty room.

Just as happened in Kentucky the week before, when dozens of chairs had to be added, the room began to fill and before I knew it, all the seats were taken. The topic was “What I’ve learned this year from successful newspapers.”

I talked about papers I had visited in Ontario, Kentucky, Tennessee, Minnesota and points all over the map. I shared some of the commonalities among these papers. Things like:

- Investment in staff, training and equipment

- Trust between staff, publishers and other managers

- Keeping staff in place, whenever possible

The audience laughed out loud when I told of some of the things I had seen at newspapers and wrote furiously as I shared advice as they plan for the future.

When the Michigan keynote ended, a line formed. One publisher after another wanted to talk about their situations. College students (there were probably 30 or 40 in attendance) asked me for advice concerning their futures.

Finally, after visiting with at least two dozen folks, the line was gone. From my left appeared a man who asked if he could speak with me. He shared that he published a newspaper in the state and was already making plans to cease his printed newspaper and go with an online version.

Like thousands of other publishers, he’s heard the reports of gloom and doom. And like some others, he was ready to accept his newspaper’s fate.

It’s not my job to talk people into anything. I just present the facts and share what I see at newspapers all over North America. I’m constantly amazed that anyone has any interest in hearing anything I have to say. It surprises me even more when I hear from publishers that tell me they’ve changed their future plans after reading or hearing what I think.

Iowa was more of the same the week after Michigan. Another convention. More chairs had to be added to the already large room. That was three weeks in a row.

Next up are conventions in Colorado, Pennsylvania, Texas, New York, Kansas and back to Iowa.

We keep hearing that our industry is at a crossroads. Coming to a crossroad doesn’t mean it’s best to take a hard right or hard left turn. Sometimes you move ahead.

Let me suggest that for most of us, it’s time to move ahead. Sure, you’ll pick up some new tools along the way. But the introduction of mobile media, social media and competing sources for news doesn’t mean that newspapers are outdated or history. Be careful when you come to that crossroad. Straight ahead might be the best route for your newspaper.