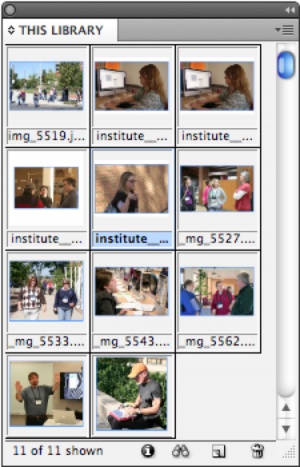 People seem to have a lot of questions concerning layout software these days. I suppose it’s only natural with all the changes at Adobe and Quark. Let’s look in my in-box and see what’s on people’s minds this month:

From Beverly in Nebraska

Thanks for your input on the Adobe Creative Cloud issue. It causes me to wonder if there is any open source page layout software out there?

For those not familiar with the term, open source software is free. You may have used OpenOffice or some other free application that fits under the open source heading. There’s one often-referred to application called Scribus that is used for page design. Unfortunately, as good as it is, it’s not nearly good enough for professional designers. With the type of pressure newspapers work under, dealing with quirks in applications and tools that just “don’t work right” aren’t luxuries we can afford.

From John in New York

Looking for your expert opinion. We publish six community papers and use Creator for ad design and InDesign for pagination. Every time we hire someone, we have to train them in Creator. We’ve noticed that most are already experienced in InDesign. Are most newspapers staying with Creator or using Adobe suite for everything? Curious your thoughts...also we use word for our reporters - would you recommend InCopy? Thanks for your thoughts.

That’s an easy one, John.

From Mary in Iowa

That’s a question for the ages, Mary.

Unless there’s been a new plug-in created that I haven’t heard of - and a Google search doesn’t lead to one - there’s never been an automatic way to convert QuarkXPress libraries to InDesign libraries. I’ve visited a lot of newspapers to help them convert from QuarkXPress to InDesign over the years. Here’s the easiest solution I’ve found: Create a large document in Quark and drag each item from your library onto a page. Afterwards, save the QuarkXPress file and open it in InDesign. I would suggest you use Q2ID, a plug-in from Markzware, to make this happen.

From Clay in Arkansas

Hey Kevin, We have been saving our photos at 300 dpi. We use Kodak equipment, going straight from computer to plate on a chemical-free processor. We’ve been told that we should save everything at 1200 dpi. Isn’t that a bit much?

Indeed it is, Clay.

I feel certain your sources were describing the resolution in dots per inch, which is different than the resolutions used to measure photos. Photos, monitors and cameras, as well as many other devices, are measured in pixels per inch. A newspaper photo should generally be saved at a resolution in the 170-220 range. 200 seems to be the most common setting I see when I visit papers. It may be tempting to save photos at a higher resolution, but that will actually decrease the quality of the printed photo. When resolution goes up, dot gain goes down. That causes darker, muddier pictures on newsprint.