In 2015, I visited a lot of Successful Papers 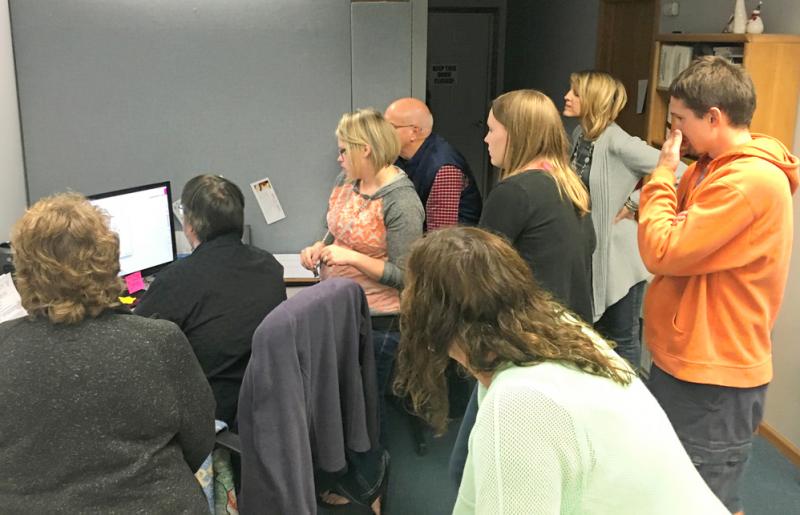 I've been training and advising newspapers for 21 years, every since Larry Smith asked me to come look over his operation in LaFollette, Tennessee back in 1994. I worked with more than 100 papers in my travels this year, not counting the thousands of papers that attended conferences and training events I led.

That's a lot of years and a lot of papers, and in that time I've come to recognize the traits that correlate with success. I don't have to spend very long at a newspaper office to tell you how they're doing in terms of circulation, readership, ad sales and profits. No one has to tell me. There are qualities that lead to successful newspapers, and without them it's a good bet that there are some problems in one or more of those four areas.

I could have listed fifty newspapers in this column, because I ran into a lot of papers that are doing things right in 2015. And it's showing in their numbers. Due to space limitations, here are a few that stood out in my memory:

I spent two days with the staff of this community paper located 45 minutes from Toronto. It didn't take me long to realize that this group does a lot right.

Dave Adsett is one of my heros. Cutting isn't in his vocabulary, and while other papers in his area have cut pages and staff, leading to decreasing circulation, Dave's papers have done the opposite, with the opposite results.

Here's what Dave told me: "We make a good living and are interested in the long game, rather than managing by a month or quarter. We have also continued to hire staff and grow our business, as opposed to making cuts to achieve bottom line results."

"The work ethic of our staff and their dedication to excellence are the two keys to our success," Dale Gentry told me, as we discussed the secrets to his newspaper's success. "We work hard to cover, and serve, our community well - whether it's in the quality of our writing and photography, the effectiveness of our ads, the excellence of our final printed product, or the service we provide to readers and customers."

I got to know the folks in Danville after receiving a frantic call about ads printing wrong. It took a little geographic magic, but I made the six-hour journey to Danville on my way to Minneapolis, where I was speaking the next day at a convention.

Kathy Crumpton is the publishers of The Piedmont Shopper. She explains their success like this: "Over the past 15 years, we've been blessed to establish relationships with our readers and advertisers that go beyond newsprint. That relationship with our community led us to see the need for our other publications: a monthly paper delivered to all public and private schools, free to the students and staff, and Red Bird Times, which serves the other end of our readership spectrum, and is enjoyed by seniors 50 and "wiser." No matter which of our publications you pick up, you'll find the same commitment to serving our community."

Hmm. I'm starting to notice a trend among successful newspapers with that "serving community" thing.

I considered several newspapers in Minnesota for this column, but limited myself to two. One is the Sauk Centre Herald. You might remember the column I wrote about my experience with Dave's staff while visiting in November.

Dave had this to say about the Herald: "Respect is a key word for us: Respect for readers, advertisers, staff and competitors. We've always embraced technology and innovation. We try to tell the human drama which can be many things from tragic deaths to losing the state high school basketball game to funny stories from an old timer or a hog that escaped the meat packing plant and ran down Main Street.

Dave's staff is larger than many daily papers I visit, and the payoff is in seen in their success. Large readership base, quality journalism and success in the bottom line.

That seems to be another quality that correlates with success at newspapers: Rather than cutting staff to the bone, they seem to maintain their staffs, leading to greater readership and ad sales.

Every so often, I'm invited to visit Granbury, Texas, a town of roughly 10,000 folks located just southwest of Fort Worth. It was in Granbury that I trained the first newspapers outside of Tennessee to use the PDF method to print their pages 20 years ago.

It's no surprise that newspapers like Hood County News are successful. As you walk throughout the building, you sense the pride the staff takes in putting out a good newspaper. It's local. All local.

Publisher Jerry Tidwell has always believed in quality, and brings in trainers and experts on a regular basis. It shows. Unlike some papers, the building isn't near-empty. There's a lot going on. And it all starts with the publisher.

Interesting. That's another quality that seems to correlate with successful papers: An engaged publisher who knows and cares about his/her community and staff.

I've liked Wade Weber, publisher, since I first met him years ago, when he invited me to train the staffs of his papers in Central Minnesota. Since then, his papers have grown, and so have his staffs. In addition to his paper in Mora, Wade has publications in Pine City, Cambridge, White Bear Lake and Grantsburg, as well as the Amery Free Press in Northwestern Wisconsin.

There's no feel of "centralization" in Wade's papers. He told me, "Even though we are a group of newspapers, each location focuses on its own community. We are very focused on being local, in both advertising and in news content."

Hmm. There's that "local" thing again. I'm starting to believe that really does make a difference.

I could have mentioned so many other papers. The Akron (Iowa) Hometowner, for example, or the Cresco (Iowa) Shopper. I wouldn't normally mention a pure shopper in my list, but Peggy and John Loveless keep a real community focus to their publication. As John told me about a major national newspaper group that offered him a tidy sum for his paper, I was so inspired when he said, "I didn't want it to lose the community feel."

I was also inspired in 2015 by a new generation of publishers and newspapers. Mark Fortune comes to mind, starting a successful new weekly in Ohio. There's Michelle Van Hee, who publishes the newspaper in Madelia, Minnesota. The list could go on.

There are a lot of newspapers out there doing things right. Due to space limitations, I'll stop there. But believe me, this list could go on for several pages.