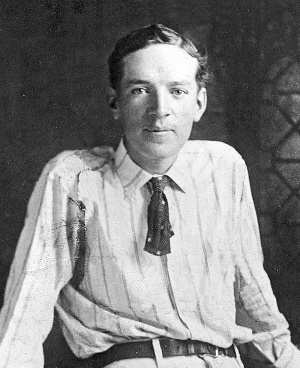 I don’t remember putting off writing a column as long as this one. I’ve talked to industry experts, polled editors and publishers, and spent the past four days thinking about what I would write. I even thought about skipping the topic altogether. Why the delay? Because some people aren’t going to like what I have to say. If you have a vested financial interest in getting your newspaper brethren to believe that print is as good as dead, stop reading right now. You’re not going to like it. And I might even talk about you.

There was a time when I was one of the few national figures speaking and writing about the role of “converging media” in journalism. Folks like Jack Lail, Rob Curley and I were spreading the word about the world beyond print.

I remember walking into a room, set up for maybe 200 folks, in Saratoga Springs, N.Y. in the early 2000s and watching the room fill to the brim. Publishers, editors and other journalists were sitting on the floor, standing against the outside walls and squeezing in wherever they could to hear me speak on the relatively new topic, “Converging Media and Newspapers.”

I knew it was an interesting topic, but I was surprised by the crowd. Surprised, that is, until a publisher sitting in the front row asked me a question just before I stepped up to the microphone.

“Are you going to tell us the same thing the luncheon speaker told us?” he asked.

“I don’t know,” was my response. “What did the luncheon speaker tell you?”

“He told us we’re all going to be out of business within five years if we don’t drop print and move everything online.”

I assured him that my presentation would be entirely different. My purpose was to show these industry leaders how to utilize digital tools to enhance their products, not replace them.

Fast forward a few years to 2008. While spending a day with the dean at a major school of journalism, I was surprised by a question early on. He explained he had spent the day before with the head of a major news bureau. In their conversations, I was told, the idea that there would be no printed newspapers left in the United States in ten years was posed. He asked what I thought.

My answer, “That may be the dumbest thing I’ve ever heard,” seemed to take him by surprise. “Why do you think that?” I remember him asking.

“Because if there’s not one newspaper left in the United States, I’m going to start one and make a fortune.”

He went on to explain that he agreed with his visitor from the day before. Printed newspapers would not exist, not one, ten years in the future.

He wasn’t the only one to express that idea to me in 2008. It seemed like there were few of us speaking publicly in support of the print industry. It seemed that a lot of “experts” liked that ten year mark.

If they were right, you should be making plans to shut down your print plant. I feel sorry for all the newspapers I’ve visited in places like Chattanooga, Tupelo, New York and other locations where new presses have been installed in the past year or so. If the “ten year” theory was right, they won’t be needed.

Obviously, all newspapers aren’t going to shut down in the next four, five or even ten years. The idea seemed preposterous to me and still does. In debates back then, I was called “naive” to think that even one newspaper might exist in the printed form in 2018 or 2019. Let me remind all those experts that if there is one printed paper still in existence on January 1, 2019, I win the debate. Fast forward to last year. I was speaking at a newspaper conference out west when a hand went up in the audience.

“What did you think about what the speaker said at breakfast this morning?” was the question.

“I’m sorry,” was my response, “I wasn’t at breakfast. I didn’t hear the speaker.”

She continued, “He said we would all be out of business in a few years if we didn’t give up on the print model and move our resources to digital.”

I know how easy it is to misunderstand something. So I gave an honest reply, “I’m sure he didn’t say that.”

It sounded like a southern church as the entire audience, which was full, started nodding their heads affirmatively and speaking, “Yes, he did.”

I explained that I didn’t know who the speaker was that morning. The publisher of a large daily spoke up, “The speaker was John Paton, CEO of Digital First.”

It was then that I made a statement that has been quoted over and over again since then. “OK. Let me give each of you a piece of advice. I don’t care who you are listening to. You may be in Sunday School, listening to your teacher, on your sofa, listening to a politician, or at a convention, listening to an ‘expert’ give a speech. Wherever you are, I want you to ask yourself something: ‘How will that speaker benefit financially if I follow his or her advice?’”

There was an immediate, stirring round of applause from everyone in the audience.

Fast forward to five days ago. I received this email from David Wells, Advertising Director for Tennessee Press Service: “Thought you would be interested in this article. I am amazed that people in our own industry believe print is dying. If anything, from my desk, I see community newspapers getting stronger. I have a background in print and digital and know the power and strength of both. Just wondered if you had seen this article and if you believe what this gentleman is saying.”

It was the text of a January, 2014 address by John Paton to the Online Publishers Association, a group that includes a number of newspaper representatives as board members, although most come from digital and broadcast media groups.

Basically, the address boils down to a couple of main points, as I read it. First, that using data from three major newspaper companies, Digital First shows greater profitability using its strategy than the other two companies. Unless I missed it, the names of the other two groups aren’t mentioned. But I could make a pretty good guess who they are. And, frankly, I’m sure they’re not doing well financially.

But what if we replaced those groups with newspapers whose circulation has grown significantly over the past couple of years? Because, as I’ve written about in several recent columns, those metros are out there. And there are more of them than listening to John Paton would lead you to think.

And what about the non-metro papers? Are they falling by the wayside into oblivion? From where I’m sitting, and I visit a lot of newspapers, they’re not.

Back to Paton’s address to the Online Publishers Association. Four lines stood out to me: “Acknowledge Print is dying. Accept it and plan for it. Newsrooms are not dying. Just Print.”

This was especially interesting, David told me, because Tennessee Press Service has had a significant increase in print advertising sales over the past two years.

I posted a request on my Facebook page, followed by a lot of publishers and editors in our industry, and asked if they’d take ten minutes to help me with some research. I got about 20 affirmative responses, about half from newspaper editors and publishers, in a few minutes. I sent the full text of Paton’s address to each of them and asked them to tell me, in one sentence, the theme of the address.

Myra Griffin, a 28-year-old editor from Houston, wrote, “He is saying that print is dead.” She went on to write, “If we keep listening to people like this, students won’t go to school for journalism. It’s a doomsday speech.”

Wayne, publisher of a daily newspaper in Florida, wrote, “His message was ‘Follow me or perish. I have all the answers.”

Charlie Langford, publisher in Mississippi, wrote, “I don’t agree with what he wrote. Abandoning print is not in our future.”

Don’t get me wrong; I don’t have all the answers. But I do believe that one of our major issues in the past ten years or so has been listening to “experts” whose main objective is to get us to buy their products. That’s why I don’t take gifts, eat meals, or accept jobs from companies that sell to the newspaper industry. And believe me, I’ve been offered a lot of gifts, meals and jobs.

And this is why I thought so long - and asked so many industry friends for advice - before writing this column. I think John Paton has every right to say what he says. He might even believe it. So do all these other “experts” I see on stage at newspaper conventions. I don’t have a problem with them selling their products. They’re trying to make a living like the rest of us.

But I want to remind you - and I’m amazed at the number of industry leaders throughout the world who read my columns - to look at each “expert” objectively and ask yourself how they will benefit if you follow their advice.

Oh my. My inbox is going to be full in a few days.